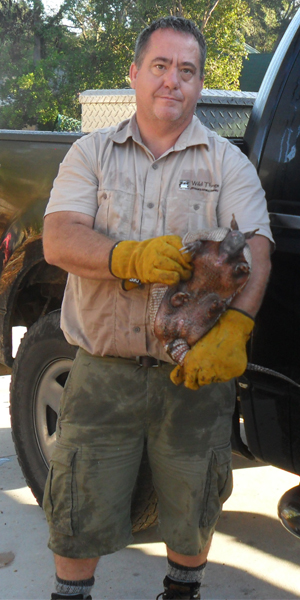 Wild Things is a Veteran owned and operated business.

James Harrington is the owner operator of Wild Things.

James grew up in Hardinsburg, Kentucky where his Grandfather and Father started teaching him to trap and hunt at the age of ten (10) years old. In “1985” he started trapping raccoons and mice for local farmers.

In “1989”, after graduating from Breckenridge County High School, James joined the US Navy and Served 11 years as an Aviation Ordnanceman, “AO2 (AW)” before being medically retired.